“The stage of death” was the title of a movie I saw the other day. It followed the main character, a blonde teenager called Rebecca, through the few days before her demise when she had to give a graduation speech in front of her whole school. Her fear of public speaking was all too real, and the psychological pressure of seeing her talk getting closer was unbearable. I had to close my eyes several times.

If it sounds ridiculous, it’s because I just made that up (although who wouldn’t want to see that movie?).

And yet many people quote the popular sentence “More people fear public speaking than dying”.

This statistics comes from a survey conducted by a team of American market researchers and first published in the London Sunday Times in 1973. In it, they asked a sample of 2,500 people to select their biggest fears – and public speaking came out first. Unfortunately, the original survey isn’t accessible to the public, but the full list is still available. The most quoted fears were as follows:

Look at that list. There are more fears related to dying than to public speaking. Heights, insects and bugs, deep water, sickness… they all add up to a higher percentage than public speaking.

So, while some people do fear public speaking, it is not a greater fear than death. If not, horror films like “The stage of death” would be summer blockbusters instead of “The Exorcist”.

“People fear public speaking more than death.” – A classical tale of the misquote.

Why do we fear public speaking?

Homo sapiens is a communal species that delves in groups. In the prehistoric times, being shunned by your social group meant a sure death sentence. That fear of ostracism, which is engraved in our DNA, is the reason why social situations can induce anxiety in some people.

Public speaking is specially anxiety inducing because the situation itself makes us feel threatened. After all, we are standing alone in front of a group of people with nowhere to run and no more weapon than our voice and a remote control. And the audience transforms from a sea of friendly faces into a pack of hungry wolves, ready to tear into our entrails.

This anxiety turns into a fight-or-flight response triggered by the hormone adrenaline. 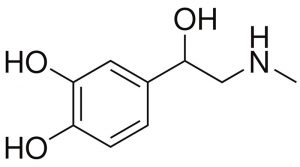 Adrenaline – the science behind stage fright

The effects of adrenaline include, among others: 1) a dilation of the air passages to improve muscle ventilation, 2) a contraction of the blood vessels to redirect blood towards the heart and lungs, 3) an increase of the heart rate, and 4) a release of glucose for extra energy.

This is very useful if you’re in the woods and get attacked by a wild bear – but not so much when you’re onstage. For example, the release of glucose can make you feel restless if you have nowhere to run (and that’s why so many nervous speakers pace onstage and move their hands so much).

And so, when we get onstage and are hit by that adrenaline rush, we lose it. We shake, hyperventilate, forget our text, and get sweaty hands.

But it doesn’t have to be that way. Use it properly, and adrenaline can be your friend.

Athletes use it to stay at peak performance – after all, in the savannah adrenaline could mean the difference between being eaten by a lion and making it back home safely. When you’re onstage, adrenaline also helps you keep laser-sharp, and it will give you a boost of energy that can be harnessed by the audience.

What can we do to control it?

“That’s all very nice. But what can I do to stop feeling nervous before a presentation?”

First of all (and I feel I needn’t say this): prepare. You won’t be as nervous if you know what your presentation is about, if you’ve prepared your speech and have practiced it. Then you can go onstage and relax. Know it well, and you’ve won half of the fight.

And if you’re still nervous, you now know that adrenaline’s to blame. Here are some ways of reining it in, and getting your stage fright under control. You can do these exercises either backstage or in the restroom:

When you’ve warmed up, you can keep yourself distracted. Look at the people speaking before you if you can; joke with your friends; or just listen to your favourite tunes.

You will always feel the butterflies in your stomach. And that’s good. It means that you care. And almost everyone gets scared when speaking in front of an audience. History books say that Aristotle used to stutter; Sir Laurence Olivier forgot his lines during a rehearsal of his big revival, suffering from stage fright, and even Barbra Streisand has reportedly felt it.

Are you afraid of public speaking? You’re not alone.

And whatever you go, just practise. The more stage hours you clock, the more you’ll get used to the butterflies in your stomach.  Here are some places you can go to practise:

Public speaking doesn’t have to be the thing most people fear (again, there would be horror films otherwise!). Practise before going onstage. Defuse some of that adrenaline coursing through your veins. Think of it as an exciting opportunity to share your ideas with the world, as giving a gift to your audience. And above all, have fun.

DO YOU WANT TO KNOW MORE?

You can look at my services. I offer private assessment and workshops (corporate and individual).

Feel free to reach out!